Mary Ferriter has been a lawyer with the firm since 2006 and focuses her practice in matrimonial law. Prior to joining the firm, she worked for the Massachusetts Probate and Family Court, Administrative Office for over thirteen years. The Court has appointed Mary multiple times as guardian ad litem for children and other incompetent individuals.  She has also been appointed as counsel for the child in divorce matters. Mary has written extensively regarding family law matters and has been invited to serve on a number of policy committees, both as a representative from the Office of the Chief Justice and since she entered private practice.

Mary has been involved in policy committees including, Parent Education Steering Committee; the Judicial Branch Working Group on Domestic Violence; the Domestic Violence Visitation Task Force; the Supervised Visitation Task Force; the Massachusetts Court Improvement Project Steering Committee; the Massachusetts Coalition for Permanency for Children; Children’s Justice Act Conference Planning Committee; Web Policy Committee; and the Access to Justice Committee. Mary developed curricula for Court programs and has presented at workshops on a variety of issues relating to matrimonial law and child custody. She authored a chapter in the MCLE publication Adoption and Reproductive Technology Law in Massachusetts on “Birth Fathers and Mothers: Establishing Parentage and Dispensing with Rights.” In 2006-2007, Mary was honored to serve as the President of the Association of Family and Conciliation Courts (AFCC). 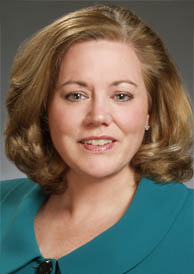 Probate And Family Court Department, Office of the Chief Justice, 1988-2001