Michael Mone practices in all areas of civil litigation, specializing in medical malpractice, motor vehicle, construction, premises, and products liability.  Over the last 15 years, Michael has been involved in some of the largest verdicts and settlements in Massachusetts.  Before joining the firm in 1999, Michael served as an Assistant District Attorney in Norfolk County, gaining valuable trial experience while prosecuting a broad spectrum of criminal cases in the District and Superior Courts. Michael is an active member of the Massachusetts Bar Association as well as the Massachusetts Academy of Trial Attorneys. Michael also devotes a significant portion of his practice to representing lawyers and doctors in professional malpractice and disciplinary claims.

$15 million settlement on behalf of the estate of a young doctor who was killed instantly when a large elevating scaffold collapsed and fell 140’ to the street below, crushing his car as he sat in traffic. Click here to read a Massachusetts Lawyers Weekly article on the case.

$9 million settlement for a young woman who was horribly burned over 90% of her body in an electrical explosion that occurred during the course of her employment as a substation worker for a large, internationally known, power company.

$3.73 million settlement on behalf of a thirteen-year old girl who sustained a left below the knee amputation and multiple fractures to her right leg when a van driven by the employee of a nationally recognized home service company ran a red light, was hit by a third vehicle, lost control, and drove up onto the sidewalk, striking the young girl as she stood waiting for her school bus.

$3.7 million settlement on behalf of the estate of a police officer who was killed while working on a road detail when a large dump truck was backing up — without a back-up alarm, struck the officer, knocking him to the ground and crushing his lower torso.

$3.335 million settlement on behalf of the estate of a man who died from a mulch fire at his apartment building.

$3.0 million settlement for a woman whose doctor failed to diagnose her with HIV.

$2.6 million settlement for the family of a 48 year old man who suffered an anoxic brain injury and became permanently disabled after a doctor failed to remove a ball-valving throat polyp.

$2.5 million settlement for the estate of a 36 year old wife and mother of two who died of colorectal cancer because her physicians failed to diagnose her cancer.

$2 million settlement for a young family whose newborn suffered a permanent brain injury after their doctor negligently failed to perform a cesarean section.

$1.8 million settlement for the family of a woman who died from an infection after giving birth.

$1.7 million settlement for the estate of a 19 year old woman and mother of a three year old who died because her dentist over-sedated her causing her to stop breathing, and resulting in her death.

$1.25 million settlement for estate of 77 year old man who was Christmas shopping for his family when struck and killed by a car that rapidly accelerated in reverse onto the sidewalk.

$1.2 million settlement for the estate of a teenager in a claim against his employer, a well known retail store, for failure of the employer to train, instruct, and ensure the safety of the decedent in the apprehension of shoplifters, where the decedent was stabbed to death by a shoplifter.

$1 million settlement for a 21 year old woman whose doctors misdiagnosed her Hodgkin’s Lymphoma for nearly two years until it reached stage IV.

$900,000 settlement for the estate of a young man who was struck and killed by a bus while he was riding his bicycle.

$850,000 judgment after verdict for an elderly woman who slipped on an unnatural accumulation of rain water inside a supermarket and fell, breaking her hip.

$650,000 settlement where an awning that was improperly secured and was blown down an alley by a gust of wind struck a Ph.D. candidate in the head causing multiple fractures and setting back his doctoral program.

$600,000 settlement for a cyclist who sustained multiple fractures and de-gloving injuries necessitating multiple surgeries, when he struck the side of a garbage truck that cut him off while he was riding on a bike path.

$600,000 settlement for the death of a long-time smoker in his early 60s whose doctor failed to follow up on an abnormal chest x-ray, resulting in a three year delay in diagnosing lung caner.

$500,000 settlement for a man whose right eye was permanently injured and vision impaired when during an endoscopic nasal procedure his doctor negligently caused the scope to enter the right eye orbit.

$423,000 settlement for a family of four that were all struck by car while crossing the street in a crosswalk.

$410,000 settlement for a young man who was hit by a car in a parking lot and dragged underneath, sustaining multiple fractures and a concussion.

$250,000 settlement for a woman whose surgeon negligently cut the wrong duct during laparoscopic gallbladder surgery, resulting in additional surgical procedures to repair the duct.

$200,000 settlement for a teenager who was struck by a car making a U-turn while he was working at a gas station, and who suffered a dislocated hip, MCL tear, and was confined to his bed for two months.

In 2005, Michael volunteered to represent on a pro bono basis a detainee imprisoned at Guantánamo Bay in a petition for writ of habeas corpus.  His client, Oybek Jabbarov, was an Uzbek national cleared by the U.S. government to leave Guantánamo in February 2007, but he could not return to his native country for fear of persecution.  The U.S. government had failed to persuade any other country to accept him for resettlement.  Michael pushed his client’s case in both the Federal District Court in Washington, D.C., as well as the U.S. Court of Appeals for the District of Columbia.  At the same time, he lobbied foreign governments in Europe to consider accepting his client for resettlement.  For nearly two years, Michael advocated on his client’s behalf, focusing much of his efforts on persuading the Republic of Ireland to accept Mr. Jabbarov.  Finally, in July 2009, the Irish government announced it would accept two detainees from Guantánamo, and in September, Mr. Jabbarov arrived in Ireland and took his first steps as a free man, after spending nearly eight years in prison.  Mr. Jabbarov was soon reunited with his wife and two sons.  They now call Ireland “home.”

In 2010, Michael again volunteered to represent a detainee, Ali Hussein Al Shaaban, who could not be safely returned to his native Syria.  Mr. Shaaban was released from Guantanamo and transferred to Uruguay in December 2014.

Michael’s advocacy on behalf of Mr. Jabbarov and Mr. Shaaban was truly extraordinary.  He brings the same commitment to all his cases.

Michael is rated as AV® Preeminent™ as a result of Martindale Hubbell peer-review, and has been selected for inclusion in the Super Lawyers publication on multiple occasions since 2005.

In 2018, Michael was selected by Lawdragon as one of the 500 Leading Lawyers in America. 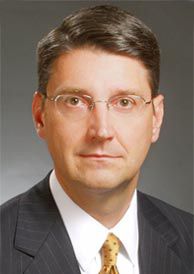