Nationally-recognized as a civil trial lawyer, Mike Mone has been a pioneer in the field of tort litigation. A 1967 graduate of Boston College Law School, Mike has been awarded honorary Doctor of Laws degrees from Middlebury College and Suffolk University. Mike’s practice concentrates on all aspects of civil litigation, with particular emphasis on medical malpractice, products liability, insurance law, and aviation claims. Mike also has considerable experience in professional malpractice and disciplinary claims, and has practiced extensively at all levels of the state and federal trial and appellate court systems.

Mike was named “Boston Best Lawyers Personal Injury Litigator of the Year” for 2011, an honor bestowed on only a single lawyer in each specialty. Mike served, at Governor Dukakis’ appointment, on the Judicial Nominating Committee from 1987-1988, and was Chairman of Senator Kennedy’s and Senator Kerry’s Advisory Committee on Federal Judicial Branch appointments in 2009. He has represented lawyers and judges in the disciplinary process and has been appointed by the Supreme Judicial Court to act as Special Counsel in a judicial conduct investigation. Mike has written and lectured exhaustively on issues relating to insurance coverage and disputes, trial practice, and civil litigation generally, and has testified as an expert witness on those and related topics. 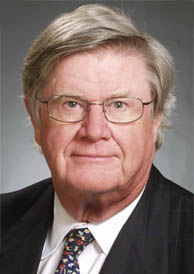