The Honorable Thomas E. Connolly (ret.) graduated from Boston College Law School and was admitted to the Bar in 1969.  From 1969 to 1985, he practiced law at the Boston firm of Schneider, Reilly, later Schneider, Reilly, Zabin, Connolly & Costello, where he established a reputation as one of the leading personal injury lawyers in Massachusetts.  From 1985 to 1990, he was the senior partner in the firm of Connolly, Leavis & Rest, where he continued to obtain record-breaking awards for injured plaintiffs and their families.  He had many multi-million dollar results.  At the time of his appointment to the Bench, he was president-elect of the Massachusetts Academy of Trial Attorneys and had been elected in 1987 as a Fellow of the American College of Trial Lawyers.

In 1990, Governor Michael Dukakis appointed Tom to the Superior Court Bench where he served until his retirement in the fall of 2012, as an Associate Justice.

In addition to establishing his reputation as a trial judge in both civil and criminal cases, he was asked by his colleagues on the Superior Court to mediate cases in circumstances where the parties were unable to agree on a settlement.  Cases were sent to Judge Connolly for the purposes of reaching settlements, which he did in almost all cases.  He has had over 20 years of experience in the mediation of cases and understands the process by which parties are helped toward settlement. 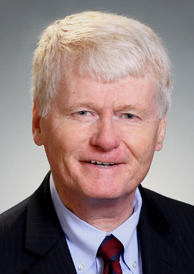