Norman Jacobs is widely respected for his expertise in matrimonial law, business law matters and entertainment law, and has extensive experience as a special master, mediator, and arbitrator in complex civil and probate litigation.  He has been actively engaged in the trial of civil cases since entering the practice of law in 1965, and has been a partner at the firm since 1972.  With the exception of the Land Court, Norman has argued and tried cases in every department of the Trial Court and in both levels of our Appellate Court system.

Norman has, on multiple occasions, argued important cases in both the Appeals Court and Supreme Judicial Court of the Commonwealth of Massachusetts.  Two of the most prominent cases have dealt with valuation of assets in excess of $1 billion.

Norman has been appointed, on multiple occasions, by judges as guardian ad litem, as a special master or as an arbitrator.  He is frequently engaged to assist other lawyers in conciliation, case evaluation, as a discovery master and, on multiple occasions, as an arbitrator to determine a myriad of issues presented in divorce cases, including issues such as alimony, child support, business and asset valuation, the treatment of inherited and gifted property in divorce and applying the Equitable Division Statute of the Commonwealth of Massachusetts.  He is routinely engaged in drafting complicated Prenuptial and Postnuptial Agreements.

Norman is a frequent lecturer in Boston area law school, particularly Suffolk and Boston College.  He lectures widely at MCLE and other Continuing Education groups in the areas of evidence, trial practice and family law.

Norman has been recognized amongst Best Lawyers of America for 30 years.

Norman has been voted in Super Lawyers polls as one of the top 100 lawyers in all of New England, across all areas of discipline. He has, on multiple occasions, been ranked in the Super Lawyers rankings amongst the top 10 lawyers in the Commonwealth, regardless of discipline.  Norman was acknowledged by the National Academy of Family Law Attorneys to receive their prestigious Top Ten Attorney Award.  In 2005, he was ranked No. 1 lawyer in the Commonwealth across all areas of discipline in voting by his peers. 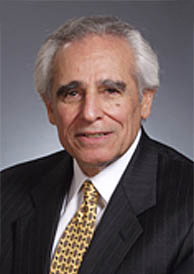